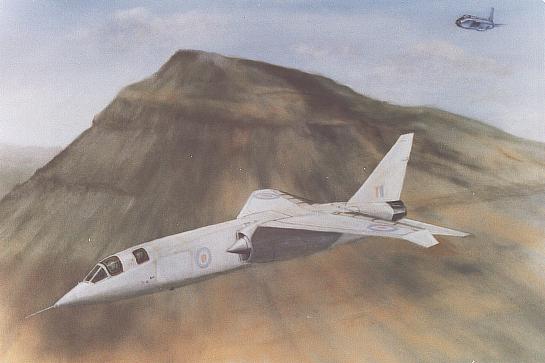 This is available as a Limited Edition Print (500 only, worldwide), priced at £95 countersigned by test pilots Roland Beamont and Jimmy Dell, and £35 with the artist's signature only.

The original painting is in oils on a 24"x36" canvas, and has been signed by all three TSR-2 pilots.

It depicts TSR-2's only proving flight test made in terrain-following mode, in which a flight was made up the Pennines at altitudes of about 250ft and speeds of about mach .9.
Since the terrain following radar flight control augmentation system was not fitted to that prototype, considerable piloting skill was required, not only from Roland Beamont, but also from Jimmy Dell, flying chase in the Lightning T-4.
The Lightning had to fly higher from time to time, to avoid the worst of the turbulence. Roland Beamont's comment, "what turbulence?" gave unwitting testimony to the superb job that the designers had done in this magnificent aircraft. 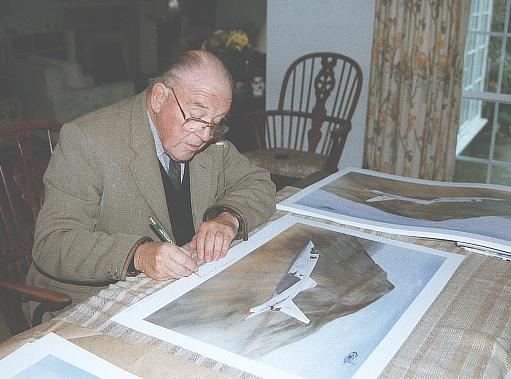 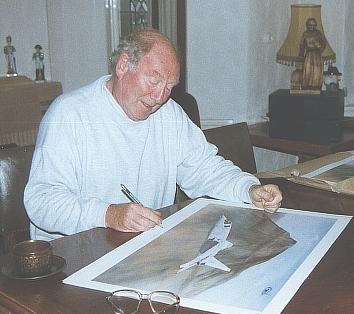